Conflicting reports from eye witnesses and two traffic officers have led to confusion in a court course investigating a recent hit and run bus accident involving a bus operated by Haryana roadways in India. 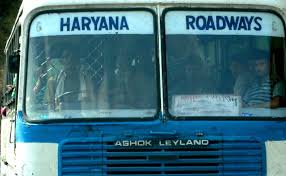 The accident occurred on January 30, 2012 when a the bus, which was allegedly speeding, hit into a motorbike and a pillion and killed the pillion rider, 62 year old Ram Kumar Arora, a resident of Zirakpur. The accident occurred at the busy Majri round about in the afternoon, in full view of many witnesses.

The bus driver, who has been identified by authorities as Khem Chand, continued driving after the accident and is thought to have fled to the city of Naraingarh to escape arrest. The pillion rider was rushed to a trauma center at a nearby hospital, but was declared brain dead on arrival. He had sustained severe head injuries.

A warrant for the arrest of the absconded driver was issued by authorities, for the charges of culpable homicide and negligent driving, on January 31st after witnesses report that the driver was speeding and driving dangerously at the time of the accident. However, the investigation has come to a standstill after two members of the traffic police, Dhani Ram and Kashmiri Lal, have come forward with evidence that supports the bus driver.

Lal and Ram were directing traffic at the Majri roundabout at the time of the accident. Their reports claim that Arora and the motorbike rider were attempting to overtake the bus when the driver of the motorbike fell, causing the accident. The two traffic officers have submitted written statements under oath regarding the incident, and are expected to testify in the upcoming trail against Chand.

The motorbike rider was later identified as Arora’s nephew, Sadhir Arora. He made a statement saying that the bus collided with him before he fell, which corroborates the evidence found in the initial investigation into the accident which showed paint from the Haryana roadways bus on the left side of the motorbike, suggesting that the bus hit into the two wheeler.

Chand has since turned himself in to a local police station and is being held in custody until a date is set for his trial. Relatives of Chand have met with the senior police officers investigating the case asking that the authorities relook at the evidence, providing copies of written statements by the two traffic officers defending the driver.