The National Transportation Safety Board has pushed for a number of crucial changes to improve bus safety for passengers across the country after a number of fatal bus crashes that may have been preventable. 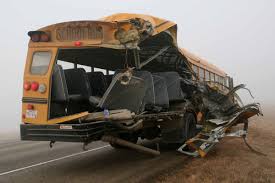 On an early summer morning in June, 1998, a tour bus travelling from New York to Pittsburgh struck into the back of a stationary tractor trailer on a roadway in Pennsylvania. The tractor trailer was pushed into the road where it hit into the side of another truck, parked further along the road. The driver of the first bus, as well as six passengers, were killed, with 18 other individuals injured.

In the investigation following this incident, the National Transportation Safety Board identified three factors that contributed to the accident – bus driver fatigue due to overworking, poor bus maintenance and failure of the bus operators to comply with federal safety regulations.

13 years after this accident, another bus heading towards New York City crashed on a highway in Virginia, killing four passengers and injuring dozens of others. In 2011, 15 people were killed and 18 others injured in a bus accident in Bronx, while just two days later two further bus accidents in New Jersey and New Hampshire killed two and 25 people respectively.

In all of these tragic incidents, the NTSB has found similar findings of driver fatigue and inadequate bus operators as contributing factors. These dangerous bus operators are often only investigated and forced to close their operations after a fatal accident such as those mentioned above. If steps were taken earlier to improve bus safety, thousands of lives could be saved on US roads each year.

The National Transportation Safety Board has urged for a number of key recommendations that can be instituted to greatly decrease the risk of fatal bus accidents. Firstly, the board recommends better federal regulation of bus operators, to ensure that buses are adequately maintained and that drivers are thoroughly screened before carrying passengers. Secondly, the board recommends that the safety of buses be improved through increasing the strength of window glazing, providing better roof strength, and improving the visibility of emergency exits on all passenger buses.

In addition, there are a number of advanced vehicle technologies that could be incorporated into passenger buses to improve their safety for passengers. Technologies include lane departure warning signals, forward collision warnings and electronic stability control, that should be provided to all commercial passenger vehicles.